One Day in Hvar, I Drank Here… 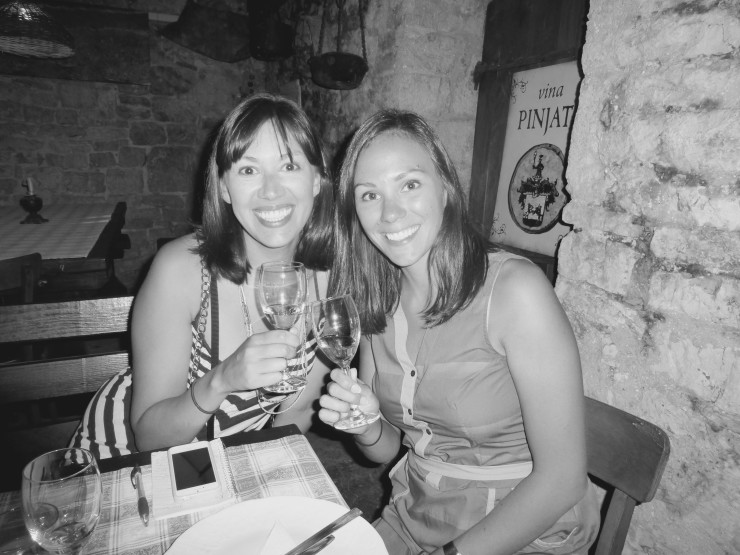 Locally owned and operated, Secret Hvar is a tour company run by Sinisa, who is a long time local of the island. I was told about Secret Hvar and its wine tour by the helpful manager of Podstine Hotel, where I was staying while on the Croatian island.

I was in Hvar with my mom and two sisters. Sister 1 wanted to stay by the beach along with my mom. Sister 2, Ang, was totally up for a day of wine tasting. Ang and I travel really well together so I knew the day was going to be fun, but it was even more of a memorable time than I thought.

Getting Acquainted with Sinisa and Secret Hvar

Sinisa personally picks up his tour guests in a comfortable air-conditioned van. There were eight of us on the tour and Ang and I were the first ones picked up.

He warmly greeted us and asked how we were liking our stay in Croatia and if we’d been anywhere else.

“Oh, yes!” I exclaimed. “We were just in Bacina Lakes. It’s where our great-grandma is from.”

He did a double take in the rearview mirror at us.

He was familiar with Bacina Lakes and we had fun telling him about our travels there and how our great-grandma left Croatia for America when she was 14 years old. Then he picked up everyone else and we got started talking about wine.

Sinisa knows EVERYTHING about not only the wines of Hvar, but the island itself, and he is extremely passionate about it. He tells great stories about life on the island and is happy to answer your questions. He even remembered to send me a link the following day to a book about the history of Hvar since I expressed interest in learning more. Along the way to the wineries, you also get a chance to see the inland part of the island, which many visitors never see, choosing instead to stay in Hvar Town by the coast.

The Wineries Visited with Secret Hvar

The first was Tomic.

Andre Tomic is a respected winemaker in Croatia and grows his own grapes on the island with vineyards around Jelsa and Stari Grad. I was told the Plavac Mali grape is a favorite of Andro Tomic’s and means small blueberry. It is also now one of my favorite wines.

Tomic Plavac Mali reminded me of a blend of smoky Syrah and bold Pinot Noir – two of my favorite types of wines. I still have a bottle of Plavac Mali from Tomic that I brought back with me that I’m waiting for a special occasion to drink, though I can’t wait too long as Tomic makes its wines for drinking and recommends enjoying most of its vintages within five to 10 years. Sinisa totally built up Andro Tomic during our tour and soon we were thinking of this Tomic guy as a local celebrity. But he’s a busy guy, we were told, and Sinisi said he didn’t see him at the tasting room often.

Which is why when Mr. Tomic suddenly stopped by the winery when we were leaving the tour, we all rushed him like he was a rock star and asked to take our picture with him. He knew Sinisi and greeted us with a friendly smile and patiently took a picture with us, his new groupies.

This picture with our new favorite celebrity never would have happened if we hadn’t been with Secret Hvar. And in case you want proof of why he is such a cool guy, he posed for this picture, hanging up in the winery:

Andro Tomic is at the helm of some incredible winemaking, like the aforementioned Plavac Mali, plus a range of other white, red, and rose wines that we tried in the rustic tasting room of the Jelsa-based winery.

The next winery was Pinjata Winery, which had a completely different feel from Tomic. This is a little family-fun winery located in Vrboska. The tasting happens in the basement of the owner’s home, which is also where they keep barrels of wine.

Most of the winemaking process is done in the backyard. The home has been in the family for over 200 years and the family lives upstairs. Despite the small operation, they are able to turn out 40k liters per year. We were treated to some of Pinjata’s wine while sitting at the picnic-style table alongside juicy ripe tomatoes from their garden and salty prosciutto that they also cure themselves.

At the end of the night, when Ang and I were getting out of the van as the last ones to be deposited to our hotel, Sinisa (sweet guy that he is) told us that he was giving us a discount. “For the Croatians,” he said with a smile.

“Oh my goshhh, that is soooo nice,” Ang and I gushed / slurred.

High on life and wine, I decided Sinisa was so nice and we had such a fun time that he deserved a tip.

Me: “I think I tipped Sinisa more than what he gave us as a discount, which probably defeated the purpose of getting a discount.”

Me: “Oh well, he totally deserved it.”

You totally deserve to experience the wines of Hvar and Sinisa’s hospitality, too. You can book your wine tour at www.SecretHvar.com or by calling+385 (0) 21 717 615. Your hotel or hostel will likely be able to help you set up a tour with Secret Hvar, too. 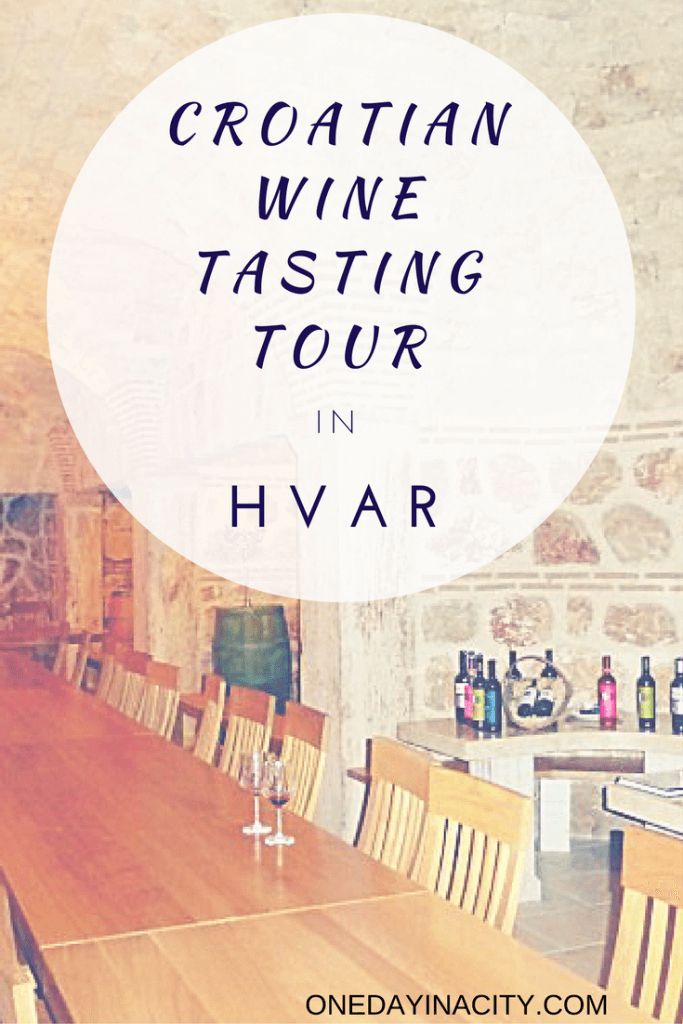