One Day in Berlin, I Ate Here… 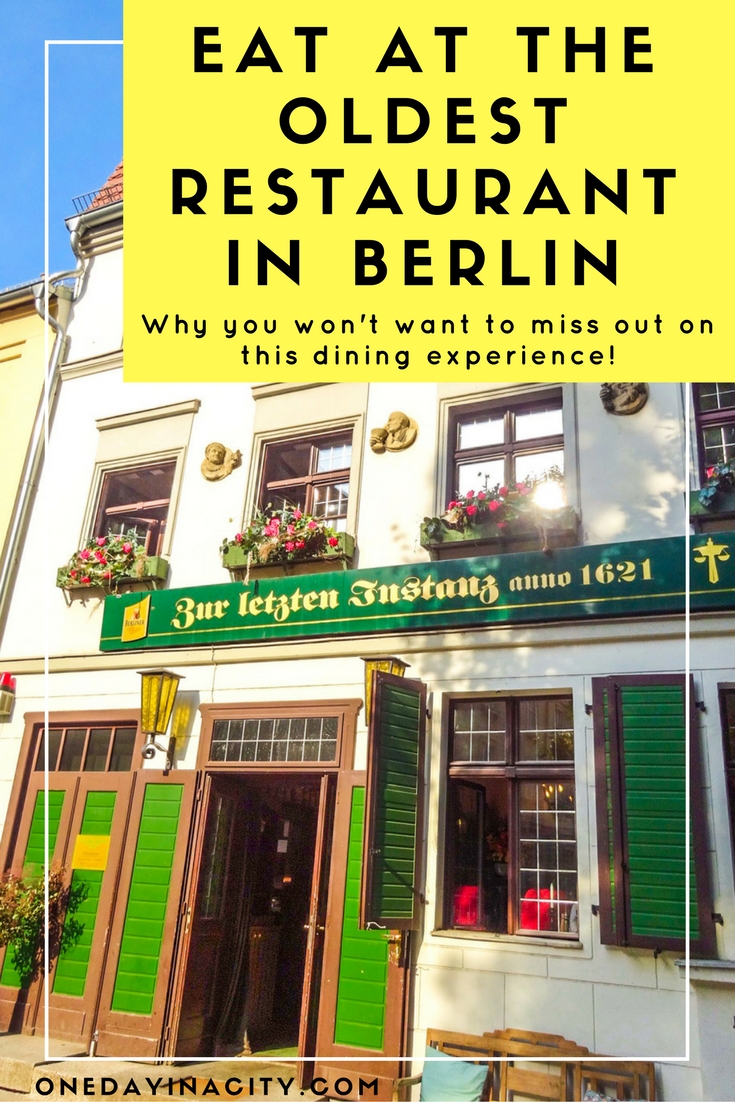 The oldest restaurant in Berlin also gets to boast something else: It has excellent German cuisine. Zur Letzten Instanz is a family-run restaurant in a quiet area on Berlin’s east side. The name means “In the Last Instance” after two farmers in the early 1900s took their long dispute from the nearby courthouse to the tavern and finally ended up settling their differences “in the last instance” with the help of some good booze.

The facade of the exterior of the building reminded me of an old English pub. This wasn’t a far off thought as the building (built in the 13th century) was developed into a tavern in 1621 and it has managed to keep its culinary roots ever since.

The restaurant manager, Anja, is the daughter of the owners and her brother is the cook. When asked how long it had been in the family, Anja’s answer was a reminder that this building has seen both old and more recent history.

When visiting Berlin it’s hard not to see constant reminders of its communist past and Zur Letzten Instanz is no exception. Yet, it also shows what can occur when love and hard work go into a business. The food at Zur Letzten Instanz is authentic German cuisine and some of the best in the city. There’s no pretentious menu items here, just hearty, home-cooked meals with generous portions – arrive hungry.

What I Ate at Zur Letzten Instanz

The first indication of the heftiness of the meal was the bread they brought out as a starter; it came served with a side of lard. Yes, lard. I thought this was delightful. My mom, who was dining with me, looked at it dubiously with the number of calories in it running through her head. I reminded her that when traveling, calories don’t count and proceeded to try some of the lard. It tasted like…well, what you would probably think lard would taste like: a greasier, thicker version of butter. I think I’ll stick to butter, but it was still a fun, rarely seen twist to serving bread at a restaurant.

For appetizers, we tried Anja’s recommendations of the Chopped Herring and Onion and the Curried Sausage.

I was obsessed with the sausage – the sauce was curry based and the appetizer reminded me of a tangier version of a chili hot dog with mustard. The other appetizer served up the herring mixed with onions and radish leaves on slices of bread; ingredients I never would have combined on my own, yet they worked splendidly together. The onion gave it some zest while the radish leaves gave it a bit of a tangy, sweet taste.

Then came the entrée. I ordered the Urteilsbegründung, which when I repeated how to say it may have been the hardest word to pronounce that I have ever uttered in my life. Apparently, hard to pronounce German words equals culinary bliss because the dish, which is a stuffed beef roulade, was amazing. At first, I was like, ok, it tastes like beef — good, but nothing overly special. Then, I mixed it together with the cabbage served underneath it and whatever sauce that cabbage was mixed in completely brought the beef flavors and the stuffing alive. The meal was served with crisp potatoes as well.

Zur Letzen Instanz also has a daily roast special, which my mom tried. The roast was tender and served with locally grown mushrooms and other vegetables.

For dessert, we split the Home-Baked Apple Pie with Puff Pastry. I loved the combination of sticky sweet apples served in a flaky pastry. The dessert takes 20 minutes to prepare so order early if you’re in a hurry.

Reservations are recommended when visiting Zur Letzten Instanz, though they only take them for indoors. However, if you arrive and the patio is open, you’re welcome to sit there as it’s first come, first serve. They don’t take reservations for the patio due to the unpredictability of the weather. The inside with its rich history may have you wanting to sit in there, anyway, even on a warm summer’s night. If it’s a hot night and you opt for Zur Letzten Instanz’s breezy patio like we did, a walk around the indoors of the restaurant is still a must to see the the wood-paneled interior and antique looking spiral staircase. 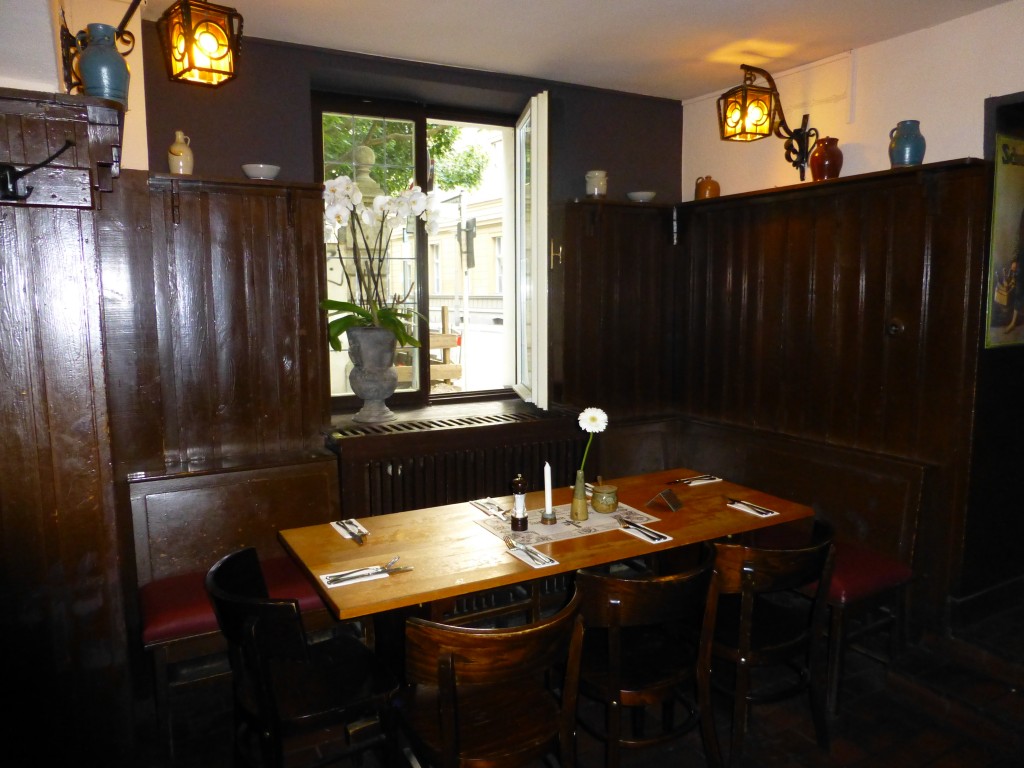 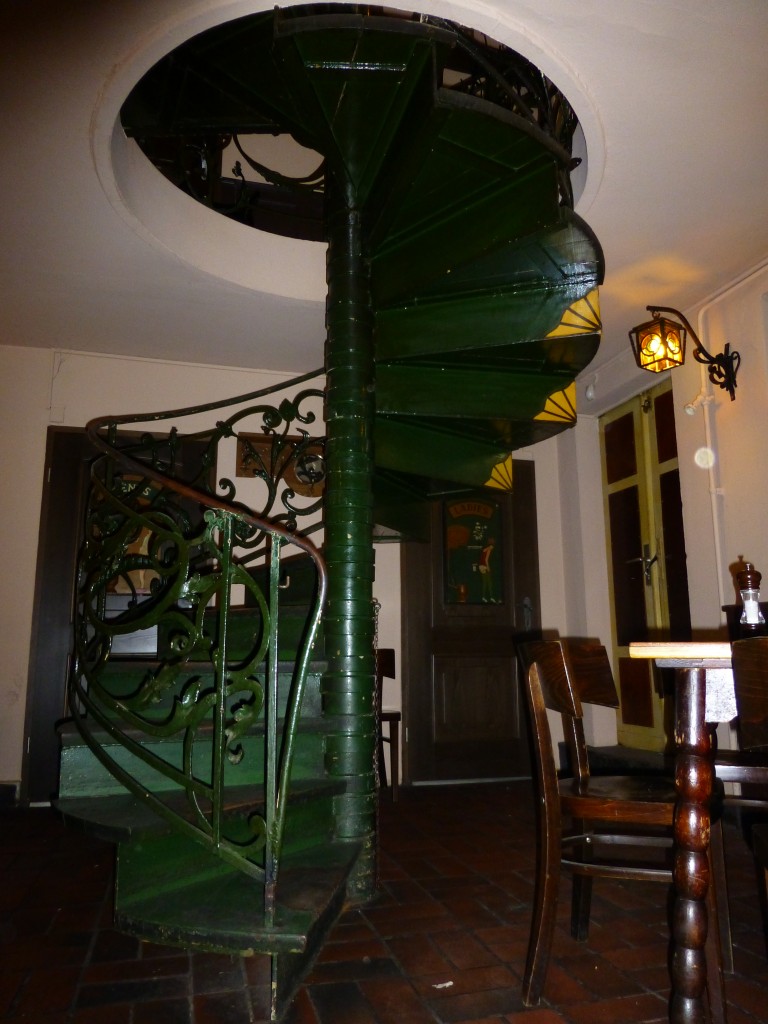 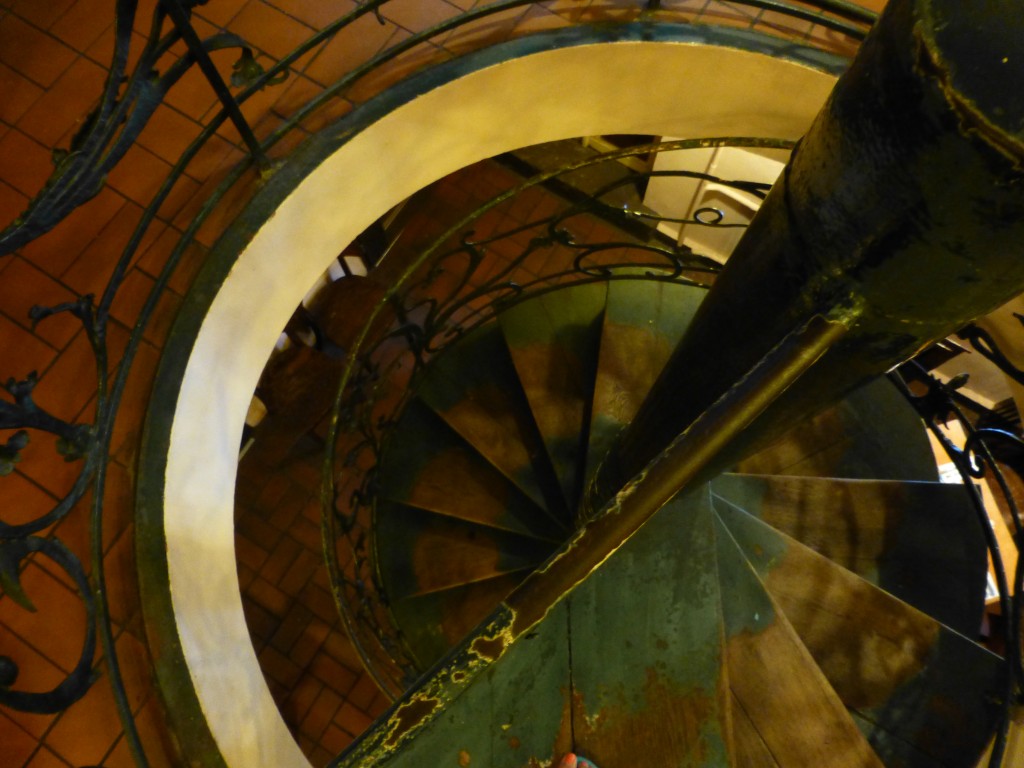 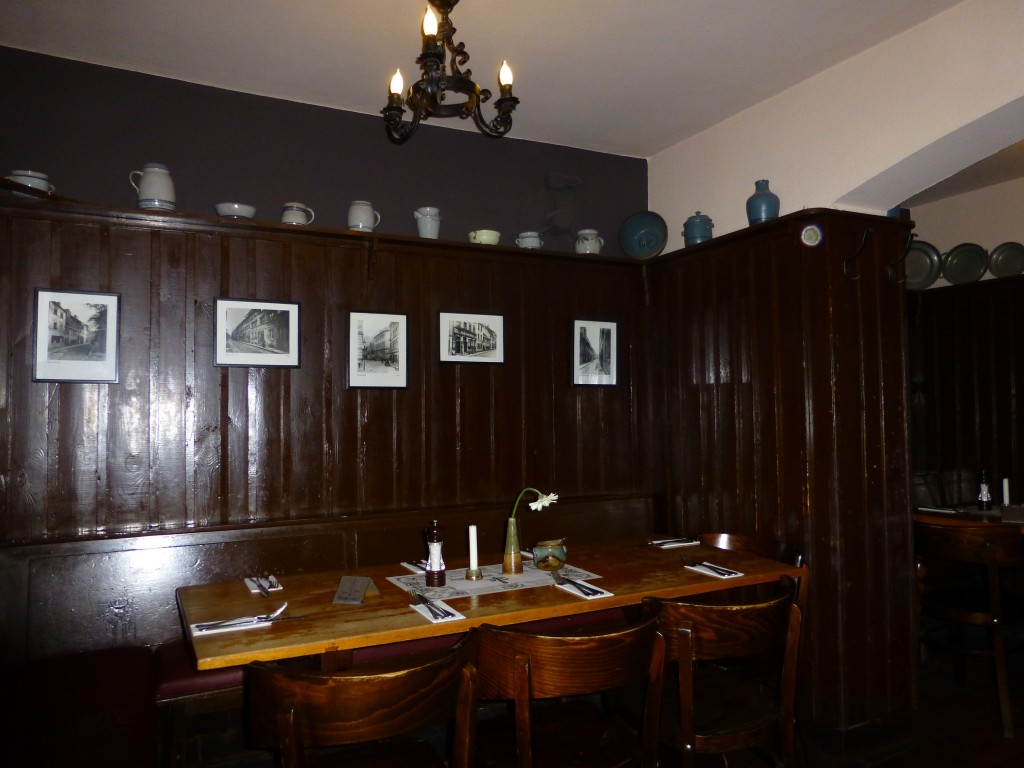 Note: I received complimentary dining at Zur Letzten Instanz, but — as always — my thoughts and opinions about the restaurant are completely my own.